It opens your nasal passages :)

Mount Massive was to much of an undertaking and Goldpoint Lodge is located about 90 minutes from the trailhead while Quandary is a quaint little 20 minute jaunt out of breckenridge. So the plan changed, it is good to be flexible.

We started very late into 14er season, I don’t know what I was waiting for, but  it took all the way until August 9th.

Mt. Quandary is known as an easy 14er as 14ers go. The thing about a 14er though is that it is a monstrous effort.

The lack of oxygen, the unavoidable nearly straight up ascents. The knee pounding descent, the crazy weather. The intoxicating views and of course, in case it didn’t sink in, the continously increasing lack of oxygen, nearly three miles above sea level.

When I was on the Inca trail, Dead Woman’s pass was an ordeal, but the ascent from 3600 meters to 4200 meters was not quite as high. And there is a world of difference between 14k feet and 13k feet. Plus on the Inca trail, there were coca leaves, those made up for a lot of the lack of eenrgy I may have had otherwise.

What is the point?

As hard as it was, we endured. Near the top, we got to the point where we went 100 steps and then sat down for 30 breaths. This strategy worked well. When you break things into manageable tasks, they become much easier. One foot in front of the other 100 times and you are there, repeat, and you are there in no time.

A 14er is a metaphor for life. It is wild and wide open nature. The world is real out there. Rainstorms can start anytime, winds can blow in a storm and then blow it away, temperature shifts can switch faster than the fastest packer can change into the layers. It is deceptively sunny and then it all changes.

In life, you can meet difficulties at any time. The key is to be flexible, to allow yourself to dig deep and then put one foot in front of the other. 100 steps, then breather deep re-assess, rinse and repeat.

This is to all the warriors out there. Sometimes when the end is near and the summer is all heat and said heat is destroying the bodies homeostatic acclimation to mild/cool weather. I yearn to be more of a warrior.

An early riser, a planner and then get things done ‘er, a doer, a thinker, a screamer, a fighter

one who has the innate ability

to strive forward, rip themselves out of bed, fall asleep early, run on fumes, ignore metabolic needs, and just work.

I know that I am not a natural warrior. I am a planner, a thinker, and a feeler.  These feelings get in the way, the over planning perfectionism leads to a void of undone, a vast desert of nothing. Not much of a dessert at all.

But to feel the freedom of the failing, flailing, warriors who put the time in with nose to the grindstone day in and day out for years.

Those who see the end in sight and drive harder toward the finish instead of backing off wondering if they are in the right place doing the right thing. And I wonder why my tennis matches take foreeeevvvveeer! 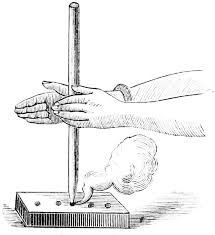 After three days of listlessness, wallowing again with uncertainty and fear. Staring at the finish line and trying to come up with excuses why its not worth it. The fatal fog of self fulfilling defeatism waking so strong every morning.

“Just because someone loses their way, doesn’t mean they are lost forever.” Professor X/Charles Xavier Yeah I saw that movie last night, I will go more into that icon of childhood later on.

And so even stumbling and flailing on the ground defeated before I began for the past few days, there is still hope I am not lost forever.

I must remember to fight hard to begin, once I am started working, momentum takes over like a roaring fire and I can do anything until the exhaustion arrives and the flame burns out.

So to the warriors that do it every day, to all of you who inspire me. Those known personally may know intimately of what I speak. And those who I look to for guidance, you may know me someday.

Once this firestorm gets rolling, a mixed metaphor, but that is okay for now.

To all my inspiration.

and to the kindling.